top of page
This site was designed with the
.com
website builder. Create your website today.Start Now

Kent was destined to be the most popular time banker since he offered to haul stuff in his pickup. Sure enough, he is hauling away what used to be Randy’s deck. But it was a turkey dinner that captured the attention of our group at the last gathering of time bankers.

Terri offered to make many meals from one turkey and that appealed to Kent, father of two teens. He says, “I like to cook but I don’t want to do it every day.” So when they talked, Terri had lots of suggestions. Kent ran it by his kids and ended up with almost more food than he could handle. They had a couple of big dinners and then packed his freezer with the rest. That was 3 weeks ago and he’s still pulling that food out here and there, now and then.

You can tell Terri has a passion for cooking from the phrasing she uses in her offers. (She’s the one who offers those scoops of frozen cookie dough that you can take out and bake whenever you feel the need for a warm cookie or two.) A graduate of CIA in St. Helena, she has the expertise to cook for one person or a party.

Listening to her describe the joy of cooking for Kent’s family was priceless. She loved every minute, starting with the initial conversation. Where would she cook? Kent said she could use his kitchen and offered to wash the pots. Terri knows her way around her own kitchen and said she’d wash her own pots.

Meals made to order

She wanted to make sure they’d love it so they talked over all the options. How many people was she cooking for? Organic or conventional? How do the kids feel about spicy? What about dessert? After they discussed all the details, Terri pulled recipes, shopped and started cooking at 9 am. Around 5 pm she realized she didn’t have enough room in her refrigerator for all the food, asking Kent if he could pick some of it up that night and pick up the frozen meals in the morning. He picked it up that night after dinner and his kids had a second dinner when he got home!

8 meals for 5 people each

They were both surprised at how much time it takes to cook a turkey (think Thanksgiving) dinner and make creative use of the leftovers. Terri was concerned about the cost, too, but after thinking about it she realized that she made at least 8 meals for 5 people, with significant savings -- and that doesn’t even consider how much time was saved. Having cooked many, many family meals in my life, I’d say it saved Kent a great deal of time! Not to mention all the benefits of being able to produce a delicious, home-cooked meal as if by magic when everyone in the family is having one of those busy weeks.

Kent dismissed any of that kind of calculation. He is participating in the time bank because “it’s fun to do.” When pressed to look for the advantages of being in the time bank he says that someone else can do something better and more efficiently than he can and then he can do the same for someone else. In a world that tends to assess exact value and “try to make everything balanced,” he says “to give without expectation of return makes everything easier.”

As a former consultant, he understands that everything takes more time than you think. With time banking, that’s ok! He figures getting to know the other time bank members is the best benefit and it has opened up opportunities that never would have occurred to him. He discovered his kids preferred coconut/oatmeal/raisin over chocolate chip. Terri gave him some cooking tips. Kent was able to help Terri and her partner by drawing a floor plan of their new house for them to give to their builder. A home-improvement project he was putting off because he didn’t quite have the expertise is going to be done now, thanks to meeting another time banker.

“That fed my soul”

As for Terri, the whole experience was heart warming and it was exactly what she hoped for when joining the time bank - community. Now she checks the hOurworld website every couple of days and thinks about creative ways she can get involved with more time bank members. Terri and Kent have a real connection now and she says cooking for his family “honored my creative outlet. I wanted to be able to give back to the community in a way I can give.” At the last time bank gathering, Kent was joking around with her like an old friend. “That fed my soul.” 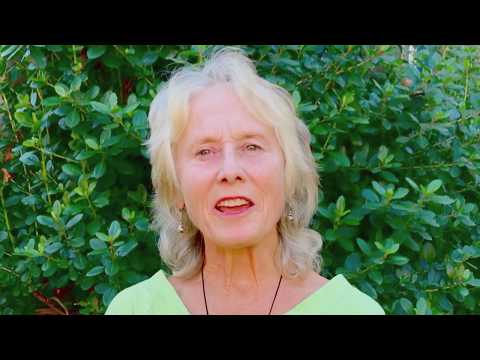 Family support is a two-way street

Maybe it would be easier to do it myself...